One year on, and we're back! 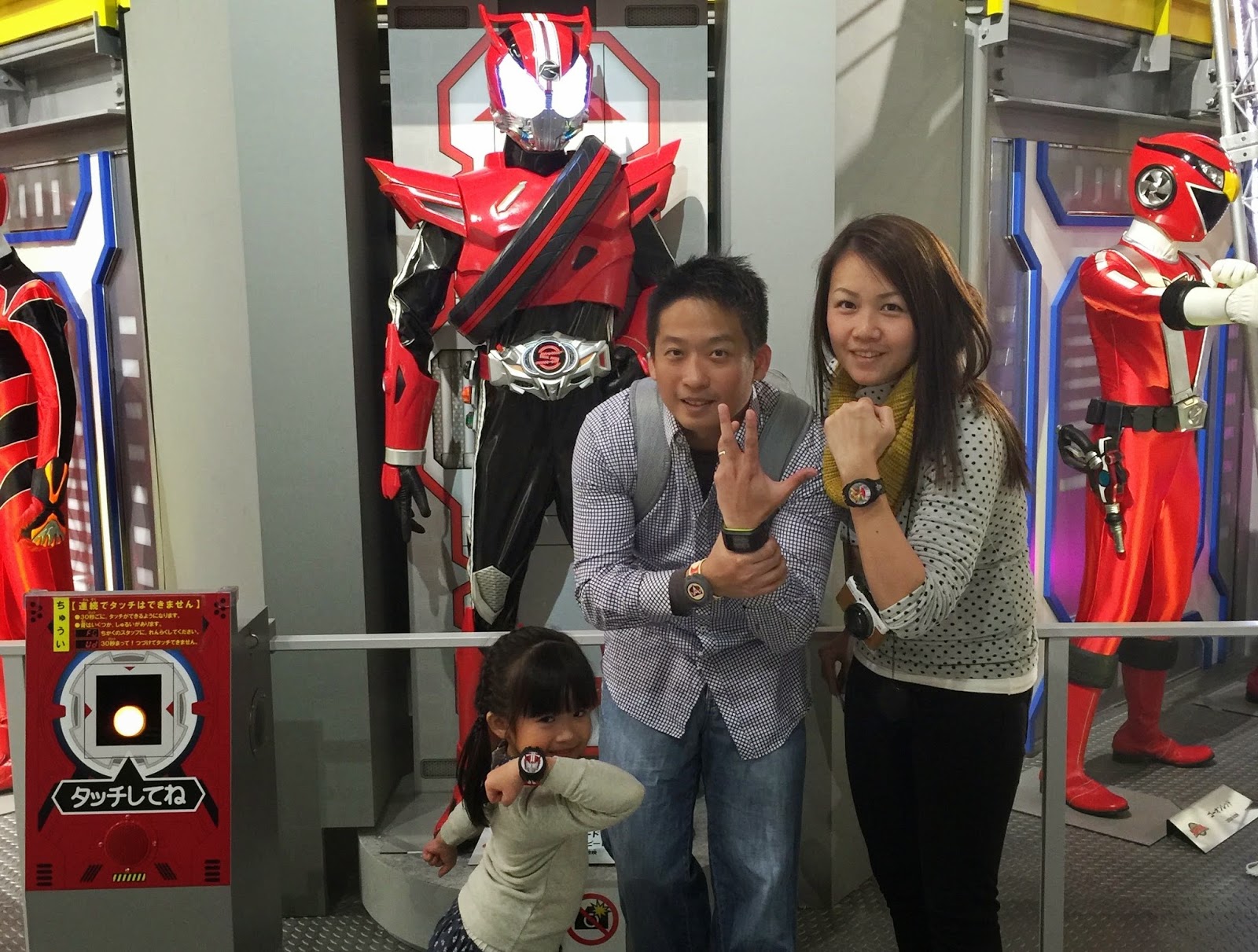 I can't believe it's been a year since I've neglected this blog. It's been an extremely busy year, but also one of the best in recent times. Met lots of new friends, been to many new places and forged many life long relationships. Decided to start writing again, but like many of the previous entries, I'll be keeping it short and succinct. I guess I'll back track a bit soon, especially since I've got lots of videos from our last trip to Japan. But I'll start the come back with the latest Rena video: doing the Shuriken Sentai Ninninger dance!

I'd buy that for a dollar. Well maybe more. 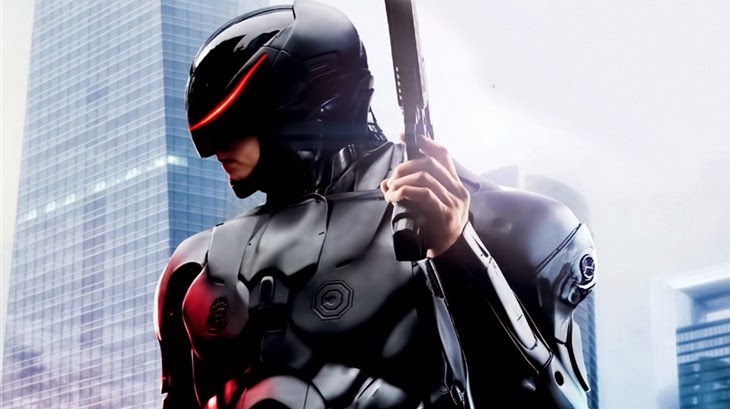 It's inevitable that I would go watch this reboot, but being such a big fan of the original 1987 classic (I used to watch it over and over again on VHS), it's hard to step into the theatre without having a pre-conceived mindset that this will never be the superior movie between the two. And I'm right. But the truth is, the movie never sets itself out to beat the original. Instead, directer José Padilha gave us another perspective on how a man is made to transform into a cyborg. Spoilers below, you have been warned. 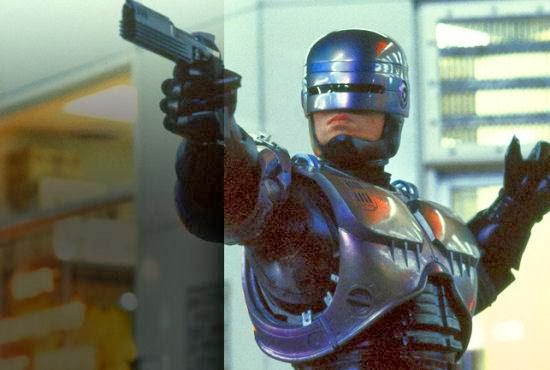 Firstly, I refer you to my previous blog entry a few months back. I explained about how the original captivated audiences by exploring a man's return to being a husband and father, after being dead in all sense of the word. We slowly see him finding out about his past, through memories of his family and events leading up to his death. It was about a man's humanity, and how technology can never replace nor conceal a man's purpose. 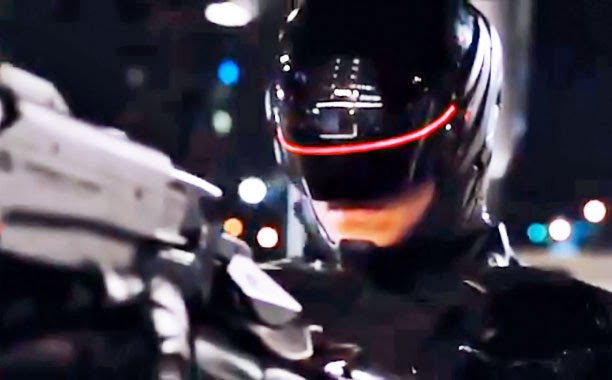 For the reboot, there were many references, but the differences far outweigh the similarities. I loved the fact that they kept the original score, although it was pretty cheesy how they incorporated that into the NOVAK programme, which were of course a throw back to the original commercials, while completely lacking on the satire factor which made the original classic a cult favourite. I also liked the lines thrown in, but was expecting a little more from Robocop himself. "Your move, creep" never came but at least one of the most iconic lines did return in the final scene itself. 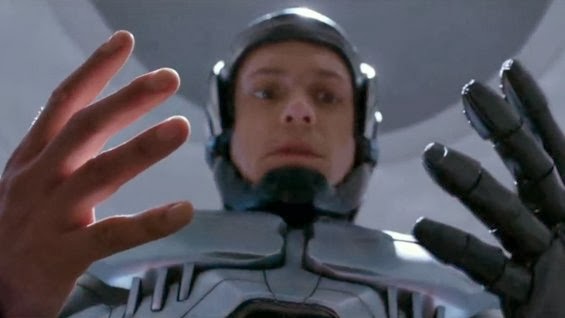 One of the biggest differences was the entire concept of making a human into a cyborg. Instead of completely striping the human traits off Robocop in the beginning, we are shown emotive scenes of him trying to reconnect with his family. We then see OCP (or in this case Omnicorp) making use of him as a product, and nothing more, to sway political interest so as to expand their business influences on the homeland front. It's a very different angle when you compare it to the original, and I thought it was a pretty good way of story telling. There are complaints though. ED-209 is reduced to a supporting character with no impact on the story, and overall there are moments of unbelief, considering how big an organisation like Omnicorp can have so many loopholes in terms of security, marketing, and overall political influence.

But my biggest complaint of all, is the fact that the ending seemed so rushed. The gradual build up was slow but didn't seem boring. In fact, everything was primed for a perfect ending, which in the end was simply lacklustre for me. I didn't like the fact that Robocop couldn't engage the Red tagged targets. Yes, it made sense like the original. But he never ran away in the original. Lewis (his new partner) had to bust him out of trouble twice. When I was watching the part about the Red tagging, especially at the finale scene with Keaton (as the Omnicorp CEO), it occurred to me that this will be the scene where Robocop finally makes use of his human hand to pull his trigger, and give the ultimate realisation to the viewers that the human will can overcome technology. But no, the ending scene happened so fast and I was left wondering why they never capitalised on this. I mean, why even have Robocop keep his hand in the first place? It would make sense that the reason they kept it was to finally make use of his own flesh and blood to overcome his system limitations, no?

Well, that is my biggest complaint, and if they had made the finale more satisfying it would definitely have made me a happier fan. At least they kept the silver colour of the suit in the end. All in all, I would rate it between decent and good. And I'm sold for the sequel.
Posted by Psyke aka Sean (ショーン) at 1:42 PM 1 comment: 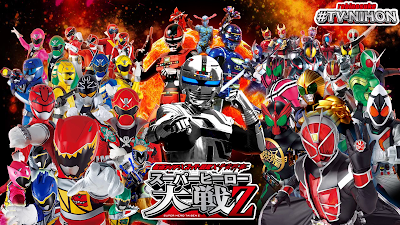 Just finished watching the subbed version of Super Hero Taisen Z with Rena. And as usual, it was the case of too many characters and seriously the plot doesn't even matter most of the time. It's fan service the entire way, and many of the nostalgic teams and characters show up for no reason at all. At perhaps that's the whole point. I'm not one to critique shows obviously aimed at children, so you won't get too many complains from me. If I were to complain, usually it's how they completely did certain individuals out of character: doing some thing they would never do back in their own series.

Nonetheless, I guess Rena had a good time remembering all the older Sentai Teams. She recognised most of the Sentai cameos, including the monsters, which was pretty impressive since even I cannot differentiate which monsters are from which series half the time. Her sole complaint: waiting for Gaim's appearance, not knowing that this movie was released before the debut of this year's Rider. Well, what can I say? We had a blast watching and will keep watching as long as they keep making them :)

Psyke aka Sean (ショーン)
Just making each day count, and counting the days as they pass. Sean's personal Mission statement: "To live up to the fullest use of my potential measured by achievements in career/ personal development and to bring happiness to people around me" 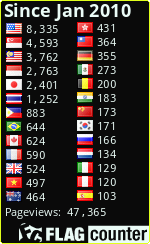